Julia – I started my own painting and decorating business in 2013, when my youngest child started school. I painted most rooms in our own house, and my husband, semi-jokingly said I should go and do it for someone else or else I would just do ours all over again!
So I mentioned it to a friend in the playground and she excitedly asked me if I could paint her kitchen cupboards. While I was doing this, she asked if I could take up a concrete path in the garden, so I went and bought a sledgehammer, and my business was born!

I quickly extended the services I offer from just decorating to include ‘odd jobs’ and some gardening. I have hardly had to advertise in all the time I have been running Woman at Work, as word of mouth ensures a steady supply of customers across the town and local area. A large majority of my customers have been elderly women who tell me how much more comfortable they feel having a woman in the house, and that we are generally much tidier and quieter than other workmen they have used – I am not sure if the quiet part is true though…!

I often receive comments about a woman doing these jobs, and often from other women who say “I couldn’t do that!”. I have no official training in these areas, but I have learnt on the job, and I realise how easy it is to do a lot of what I do, but many people, particularly women, often lack the confidence to do much of this work themselves.

Over the years, I have employed various friends on an ad-hoc basis when I have had bigger jobs to complete, which worked out well for us all. And then in March 2020 the first lockdown hit… I was unable to use my usual helpers for a big hall-stairs-and-landing job, so I paid my eldest daughter to help as her GCSEs had been cancelled. That was good for the first few weeks, as I was still able to work in most houses, but when school started back up again I wasn’t sure what I would do for help!

Then I was walking across a car park in July, and randomly met Lisa! I had heard of her, as she was well regarded in the town, but our paths had never crossed. Although she was on her way to a meeting, I found myself telling her about my long-term vision for Woman at Work, how I would love to engage with women who were struggling, empowering them to learn the skills needed to redecorate their own homes, and through that to build a sense of purpose and self-esteem. As we finished talking, I casually said “I don’t suppose you can paint?”, to which the answer was a laugh and “no!”

A couple of  weeks later I received an email from Lisa, explaining that in fact she could paint and that she was willing to come and help decorate a house that I had to finish! We painted the house, and from September, Lisa has been an integral part of the team! 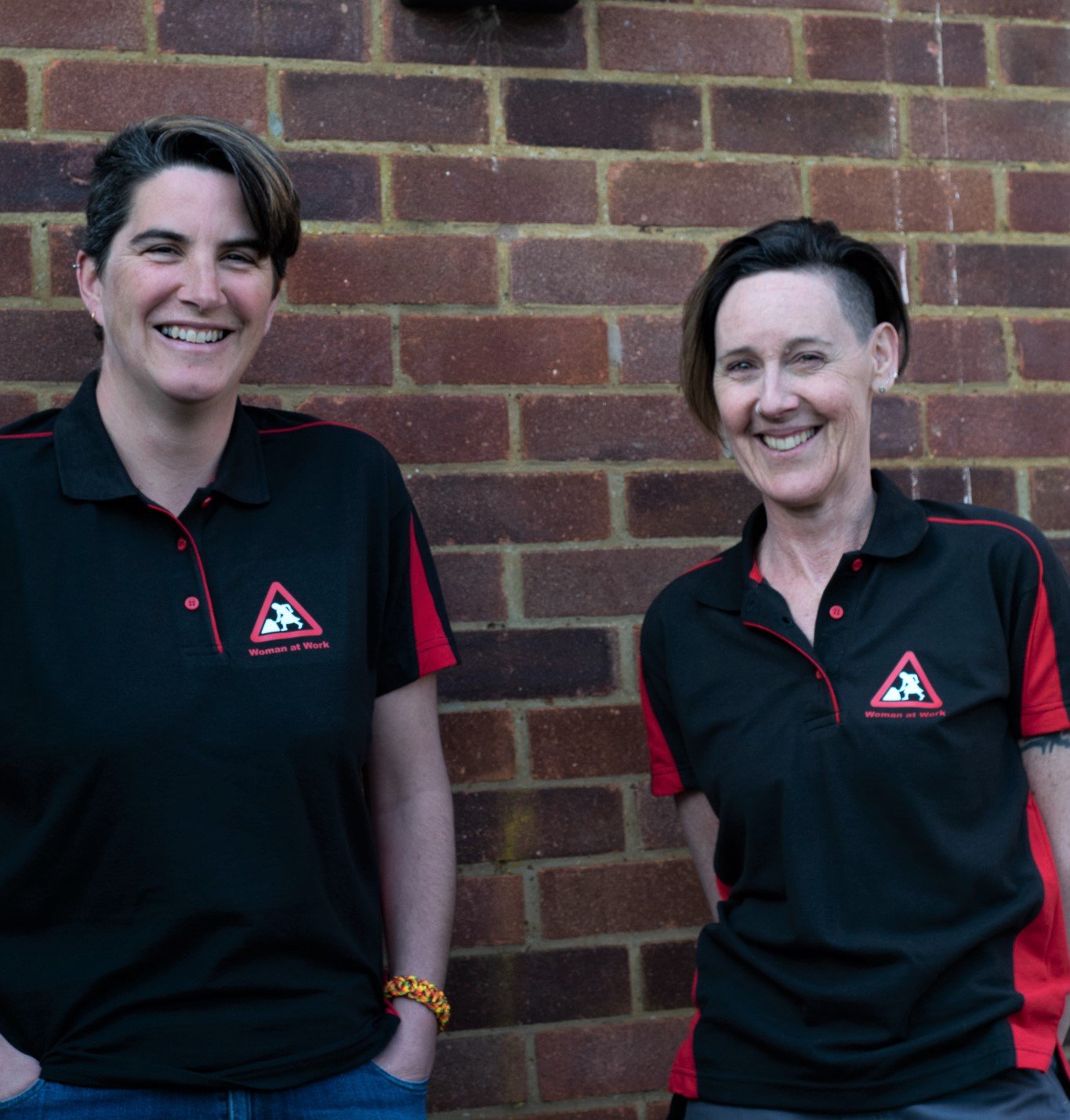 I love everything the Register of Tradeswomen stands for – encouraging women into the trades, giving more visibility to those already in the trades, and empowering other women to develop new skills and to consider doing something that (unfortunately) is still seen as something ‘out of the ordinary’ 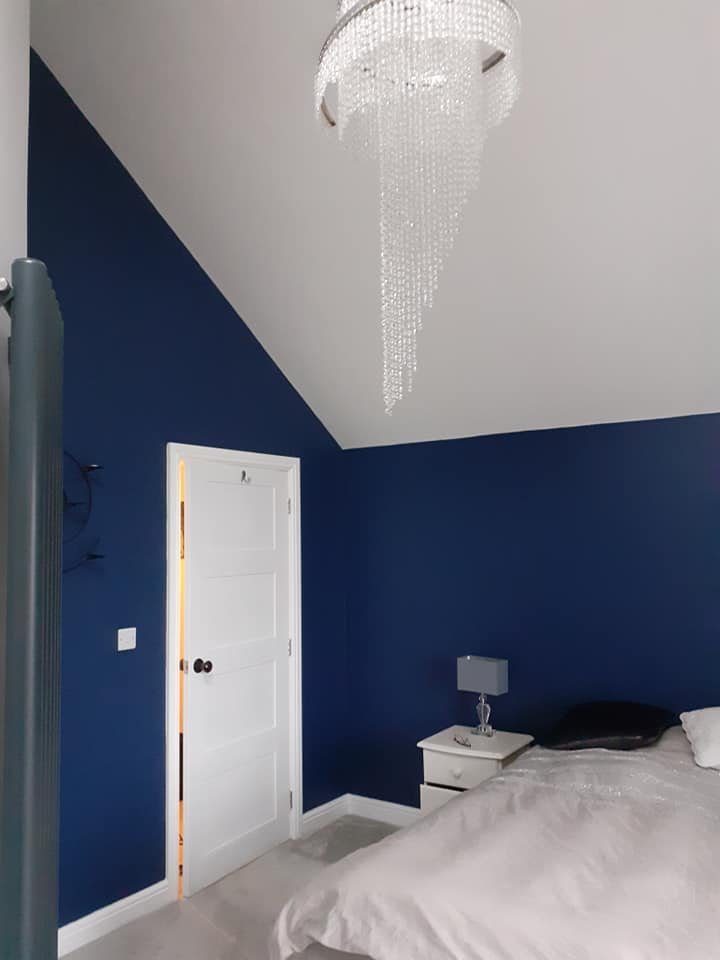 Lisa – I spent 13 years as a Chief Executive of a very successful charity homeless drop-in centre and finally conceded to stress burnout and compassion fatigue, after years of battling for the voices of those who are most marginalised in our community to be heard, in the summer of 2019.

12 months later, after an intense period of hibernation and mental health healing, I randomly bumped into Julia whilst meeting someone in a carpark during the first pandemic lockdown. Within a couple of minutes, it was obvious that there was a reason why we had met although neither of us were aware, at that time, just how significant that meeting would turn out to be.

I spent the next few weeks, whilst still in lockdown, attempting to work out where the next chapter of my life would lead. My self-confidence was at rock bottom and I couldn’t imagine a future in which I would be able to, once again, make a difference to the lives of others in such a successful way as my previous role.

And so, I contacted Julia to trial working with her on a casual basis in order to bring in some much needed finances and subsequently found myself in a house with a paintbrush and a roller. A situation that was about as far removed from my previous working role as you could possibly find.

Seven months later, and we are still working together to improve the lives of people by transforming their homes. Just changing colours on a wall can be a simple but incredibly effective way of boosting someone’s morale during what has proved to be a very challenging year. As a small team of all female painters / decorators we have been able to go into the houses of isolated women and they have felt safe and secure with us entering their personal spaces. Not only have we improved their mental health and their living conditions but we have also given them company, conversation and social interaction during a time of significant loneliness.

Joining the Register of Tradeswomen and getting my ID badge was a monumental achievement for me. This was a formal recognition of my journey towards regaining my own self-confidence and self-worth. I have proved that actually anything is possible and that even at the age of 51 someone can retrain during extraordinary times and find both a new working role and a purpose in order to get out of bed in the morning.

I am still bewildered by the reactions of surprise I get when I tell people what I now do for a living and it also appears that the ability to roller a ceiling commands just as much (and sometimes more) respect as being a charity CEO! 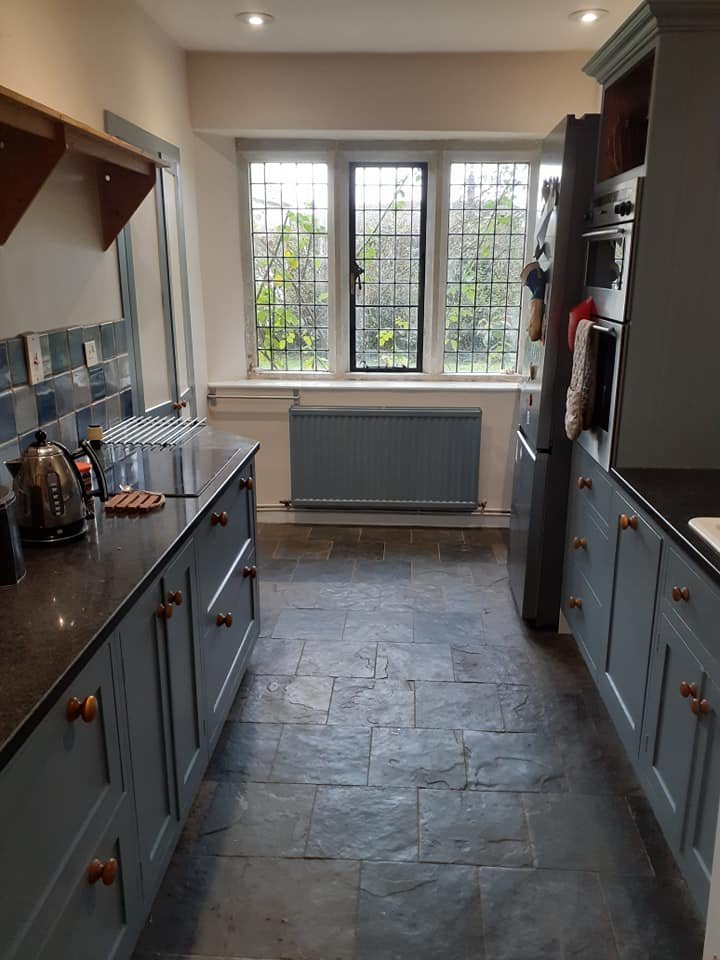 A groundbreaking national register of tradeswomen. A one-stop-shop enabling all women to choose to use a tradeswoman. #RegisterTradesWomen #RTW

Thanks @revkatebottley for a fab shout out today!!

I am absolutely done, how could anyone be so disgusting!!!

This website uses cookies to improve your experience while you navigate through the website. Out of these cookies, the cookies that are categorized as necessary are stored on your browser as they are essential for the working of basic functionalities of the website. We also use third-party cookies that help us analyze and understand how you use this website. These cookies will be stored in your browser only with your consent. You also have the option to opt-out of these cookies. But opting out of some of these cookies may have an effect on your browsing experience.
Necessary Always Enabled
Necessary cookies are absolutely essential for the website to function properly. This category only includes cookies that ensures basic functionalities and security features of the website. These cookies do not store any personal information.
Non-necessary
Any cookies that may not be particularly necessary for the website to function and is used specifically to collect user personal data via analytics, ads, other embedded contents are termed as non-necessary cookies. It is mandatory to procure user consent prior to running these cookies on your website.
SAVE & ACCEPT